Bri (she/they) is a poet and MFA candidate at the University of Colorado Boulder.This website serves as a collection of their work, projects, and ambitions. 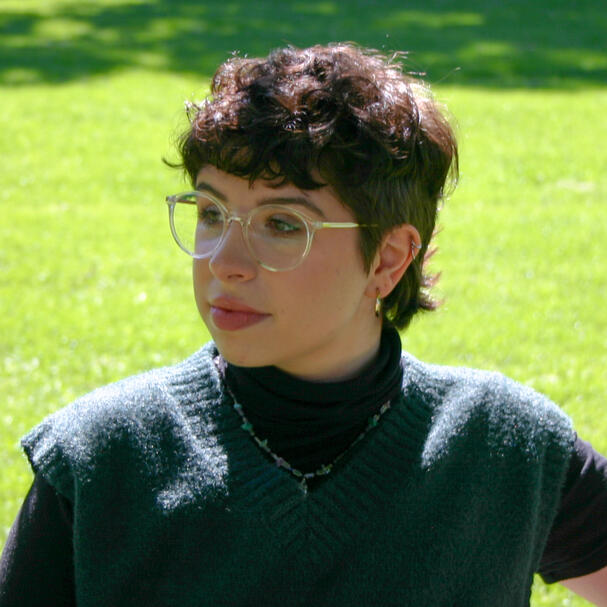 Poetry (chronological):
Issue one and two of Ample Remains
Dead Fern Press
Issue two of Southchild Lit
"Return" in Not Deer Magazine
"On Exploring the Attic of My Mind " in Persona
"2052" in Green Ink Poetry
"Lynda Ann Healy" in The Raven Review
"Rat King" in Not Deer Magazine
"Guide for the Modern Spellcaster" in Not Deer Magazine
Five Poems in Janus Literary
"Winter Pains Itself" in Angel Rust Mag
"Carnivore" in Crow & Cross Keys
"Scene from a Bipolar Support Group" in Bear Creek Gazette
"Let's Take a Midnight Trip to CVS" and "'You better hold on tight, spidermonkey.'" in bloodbathhate magazine
"There's a Speech Bubble Over My Head Saying, 'Twice as Ill, Twice as Dangerous!'" in Black Moon Magazine
"< ¿ >" and "Bodies (In Texas) Have a Way of Becoming" in Juke Joint

Interviews:
"On Spectacles, TikTok, and Death: A Conversation with Jessica Q. Stark" in DVAN's diaCRITICSFiction:
- "Drain," in the third issue of Coffin Bell Journal. Check out my interview and thoughts on this piece by listening to episode 5 of the Books Are Scary podcast.Editing/ Reading:
- Editor for TIMBER, Siblíní Journal, Persona, and reader for Southchild Lit.I was a guest on the Anti-Disciplinary Podcast, where I discussed works of horror -- specifically how women, family, and culture are reflected in the genre. You can listen to this episode here.(I appreciate all the time and attention my work receives!)

Bri Gonzalez (she/they) is a queer, Chicana/e poet born and raised in San Antonio, Texas. Writing has whisked them off to the University of Colorado Boulder, where they're pursuing their MFA and teaching creative writing. Her work focuses on monsters -- cryptids, boogeymen, zombies, etc. -- as well as mental disorders and their perception in media.She's horrible at talking about herself, like most writers, but here's an assortment of bits and baubles that sum up who Bri is: they're addicted to caffeine, love admiring the moon, play tabletop roleplay games, watch Food Network shows, and binge horror movies. Her friends mean the world to her, even when they roast Bri to their core. She has a void cat named Dahlia, who is her favorite demon. If they could give the universe to anyone, it would be their sibling.

If you have any questions/inquiries about my work or are looking to collaborate, send me a message! I'll respond at my earliest convenience.

Thank you for reaching out! I will respond as soon as I can.